Sometimes starting over seems just overwhelming. We may not have the emotional energy to even try to begin again. But there are things that can make it a bit easier. Check out the link below.

There are myriad ways we may need/want to start over. I've had a lot of "starting over" experience. Even beyond my early memory there were the experiences of starting over.

I was born during WWII, so my dad was absent from us and we moved several times, ending up with my mother's parents. My mom worked in an airplane factory and my grandparents cared for me and my brother.

Then, when the war ended, my dad came home. He was a stranger to me. And my grandparents moved into their own home. That's a lot of major changes for a toddler. Maybe that is why it has been easier for me to adjust to changes.

When I was in Junior High School we moved from the only home I knew to another city. It was in the middle of the school year and I had to start over in a new school. I was behind several of the classes in the new school and struggled to catch up. I never caught up with Latin class, but the teacher gave me a passing grade if I promised to take it again the next year.

By that summer we moved yet again, this time to a different state. This really meant starting over in may ways. Not only did I have to start over with Latin, I had to adjust to a rural school after always having been in city schools. I had to make new friends. And it was a different culture. The school was very small and I was an "outsider" in that small community. But with the help of family and new  friends, I succeeded.

Very soon I was to go off to college, yet another unknown experience for me. I was only seventeen and the youngest in most of my classes. I'd never shared a room with anyone before, so dorm life was a big difference. I have always loved school, so that part was great. But I wasn't much for social activities. I had a boyfriend back home and intended to marry him when I finished my first year of college.

That was another kind of starting over.


https://www.wikihow.com/Start-Over
Posted by Lucinda at 4:00 AM No comments:

Down In the Dumps? 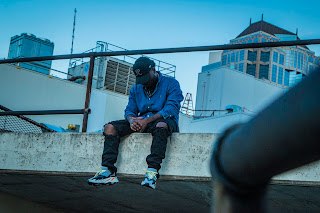 When we feel down, sad, depressed, we tend to see everything through a negative lens. Maybe you are so down you can't think of anything positive, anything you like.

I've suffered from depression many times through the years. And one thing that has helped is to have a list of things I like. But you need to make the list before you get too deeply down. Keep the list handy. And when you are down, use the list to get you feeling more positive.

And you can go over the list occasionally to add to it and to remind your brain what it is like when you think positively.

For me, food can sometimes be my downfall when I'm depressed. I tend to want carbs, especially ice cream and chocolate anything. I don't recommend that for more than a day. It would just make you feel worse in the long run.

So work on your list, so you will have it the next time you are feeling down in the dumps.
Posted by Lucinda at 4:00 AM No comments:

Email ThisBlogThis!Share to TwitterShare to FacebookShare to Pinterest
Labels: depression, likes, things to look forward to

Grrrrr. I got it wrong again!

Is this what happens to you? You try hard to do something, you spend time and energy on it, and then when you think you've solved the problem you find out is doesn't work. You failed.

Sometimes you might even throw up you hands and say, "Never again. I'm tired of failing. I just can't do anything right."

Right here is where you need to take a deep breath and get real with yourself. Listen to what you are telling yourself.

"I can't do anything right."

"I'm a failure. I just keep failing over and over and it's just not worth even trying."

Well, if whatever you are trying to do is important to you, a goal perhaps, then it IS worth trying again. Nothing is as important to success as failure.

If you tell yourself you are a failure and can't do anything right, then that is what you will become. Because we are what we believe.

Maybe you just don't have the guts to fail. But keep trying. Don't quit. Don't give up on what is important to you.

Confront those downing thoughts. If you couldn't do ANYthing right, you would be dead right now, because you have to have done some things right to survive!

No guts, no glory. Be courageous enough to keep trying.

Once Upon A Dime 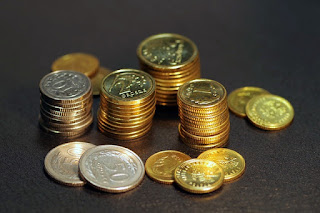 A dime went much farther when I was young. When I was a kid you could buy candy for a penny, a dime would get you a phone-call, and postcards cost a penny to mail. A nice cold Coke could be had for a nickle.

Of course, back then we didn't have a lot of money, so any of the above would be a treat. I remember that in the summer my mom would buy a pint of ice cream that we divided four ways. Now I could eat the whole pint!

Five-and-dime stores actually had things that cost a nickle or dime. My grandfather would take me downtown for an outing. We rode the bus and always stopped at the five-and-dime for a hot fudge sundae at the lunch counter.

Bread was delivered and was about $0.15. Milk was delivered,too, at about $0.20 a quart. And it came in glass bottles. The cream was at the top and you had to shake it to get it mixed. When the weather got really cold the milk would start to freeze and the cream would push the lids out of the bottle.

We could get 10 pounds of potatoes at the store for just over $0.40. We ate a lot of potatoes. Our favorite way to fix them was fried in lard with onions. But we fixed them mashed as well. I don't remember eating baked potatoes when I was a kid.

For a while we got margarine that came with a packet of yellow powder to make it look like butter. I enjoyed stirring it in. We used it on toast, on PB&J sandwiches, and to cook with.

My mom would fix liver and onions and told me it was steak so I'd eat it. I never had steak, so I didn't know the difference. Liver was really cheap then.

We had a little garden in the back of our lot where we grew tomatoes, onions, and bell peppers. My mom fixed stuffed peppers with ground beef, onions, and rice in them. We also had to grape arbors. One had white grapes and one had purple grapes. They were wonderful. My mom made jelly and juice from them. As kids we'd just eat some we pulled off the vines.

In those days we left the doors and windows open when we were at home. I don't remember ever being afraid of someone coming in who shouldn't be there.  We were taught to respect other people's property. We weren't allowed to cut through other people's yards without permission. All the mom's on the street would look out for all the kids, reprimand them if needed.

We weren't allowed to play in the street, even though there wasn't much traffic. We did build dams in the rain gutters along the curbs when it rained.  And most of us were trained to go home and inside when the street lights came on.

Looking back, times seemed simpler then. But if I stop to consider some of the things that were happening in the neighbor's homes, I realize the same problems existed for the adults, even if it was simpler for the kids. In one home the mom had advanced diabetes and her legs were all black and swullen. In another home a child a bit younger than me had a disease that made him swell up with fluids in his body. In another home there was a "child" who was very mentally retarded. She didn't walk, couldn't talk, and had to wear diapers, even though she was at least in her teens. In one home the dad was an alcoholic who gambled away his paychecks and depriving his family.

So the "good old days" were only good when viewed from certain perspectives.

We just need to remember that we really don't know what all is going on in someone's life and shouldn't judge them.
Posted by Lucinda at 4:00 AM No comments: