Who can take care of you? Who can make you feel better, physically or mentally when you are stressed?

We have stress all around us - and even inside us. And it can be very damaging over time. You can save yourself from that by learning personal self-care techniques and use them every day.

Try it. Stay well. Love yourself enough to take care of yourself.
Posted by Lucinda at 4:00 AM No comments:

Kindness Is Wired In Our Brain

Human nature is often portrayed as selfish and power hungry, but research by Dacher Keltner finds that we are hard-wired to be kind.

So, if our brains are wired to kindness,  why do we not see more of it in our environment?

Actually, there is a lot of kindness that doesn't get observed because we aren't looking for it.

It isn't as sensational as unkind behavior, so it doesn't get in the headlines often. We have the power to change that by looking for kindness and acknowledging it.

And look for opportunities to practice kindness. Even the little kindnesses can change our perspective and that of others.

Keep looking for the good in people. Practice compassion, caring about others needs. Smile often. Speak kindly, especially with those who seem selfish or power hungry. Look for peace in them. They may be defended against negative influences and really need kindness. Give them some of yours. You won't run out unless your shut yourself off like they do.

It can be pretty scary to open up your heart to others when you first begin.

Just let your kindness begin with yourself. Be kind to yourself, to your friends and family. It gets easier with practice.

This Is THE Day! 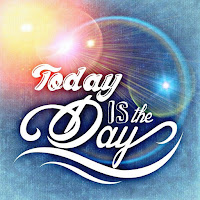 Image by Alexas_Fotos from Pixabay

This day! It is the only day you can definitely count on having. Past days are gone and there is no guarantee you will have tomorrow. So, what do you want to do with it?

Have you ever thought of how many choices you do in a day? From the moment you wake up you are making choices about your behaviors. Will you expect good things? Will you get out of bed, or roll over and go back to sleep? What will you do first? What are you thinking? Are you thinking positively? What will you wear, eat, do in the first hour of your day.

Every behavior is a choice. Even your thoughts are a choice, or can be. So many things we do are habitual yet are still choices, choices you've made before and continued without thinking much about it.

Check it out: take and hour of the day and pay attention to what you are doing/thinking. Then do and think something different to see if you are really making thoughtful choices. What foot do you usually put a shoe on first? Try doing the opposite. Try changing the way you do habitual behaviors. Be aware, mindful.

Want to start something new? Make that choice and get started. Want to stop something you've been doing? Today, don't do it.

Use today to shape your tomorrows. Save the day! 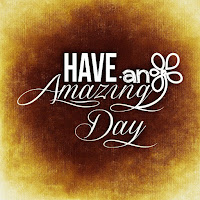 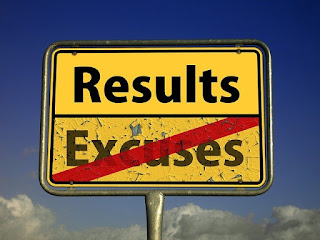 Image by Gerd Altmann from Pixabay

All too often we made decisions and take actions without considering all the consequences. Then we have to deal with consequences you didn't consider.

So, what if you made an angry post on social media. What consequences did you consider before posting? What might we have expected to happen? Did you think you would get positive feedback, "likes", "shares"?

Well, there probably would be some people who agree with you and even "share" you comment. There are likely a few who are turned off by your anger. They might think you are right but don't like the way you stated it. Someone might even block you. Some might reply in anger and argue with you.

What are some other consequences that go beyond your post and the social media? What you post may resonate with other angry people so that they have something to inflame their anger. They my pass it on to others. Someone might take it as an attack and become very defensive, turning others away.

Someone could even be so malleable they use your post as a reason to act out against whomever your post was aimed. They may be unbalanced enough to try to harm someone.

Obviously you don't have control over others who read your post. Their reactions are their own choices of behavior. But with stating your concerns assertively, without angry tone, you would probably get better responses. You might get a conversation exploring different viewpoints. That could be constructive.

Then practice what you see. Become the best person you can be.

Image by Gerd Altmann from Pixabay